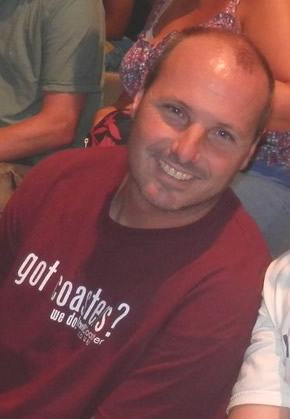 Ira attended day camp as a camper for 5 years and he then traveled with a teen tour for 3 years and he the became a counselor for 4 years until he left for college. After graduating college, he and three other friends organized a trip around the east coast on Roller Coasters. They visited 6 amusement parks and drove over 2,000 miles in 2 weeks for one purpose, Roller Coasters. He became a member of ACE (American Coaster Enthusiasts), which is the world’s largest club of amusement ride enthusiasts. Through the years he has made many action packed multi-day trips to amusement parks all over the United States, including the very ones that are on this teen tour.

After being a controller/CFO for many years, he decided to create a teen tour with a primary focus on what he (and teens) enjoyed to do most, and that was go to amusement parks.

SO, THE CREATION OF ThrillCoaster Tours , LLC.

He is married with two campers ages 16 and 18,  and a wife who he has known since they met at camp as teenagers.  He still maintains title as Controller for a company in NJ. ThrillCoaster Tours is his 'additional' job, for the love of coasters.

Over the years our campers have become family and friends and family have joined us on tour...it is a fine line in between the two.  Thank you to our extended ThrillCoaster Tours family over the years of fun!

Another great site by  RytechSites.com