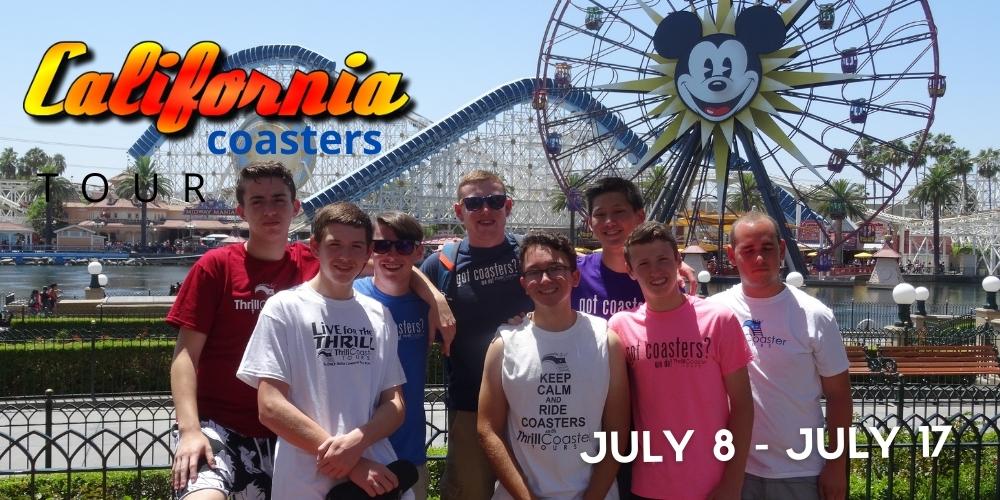 Airfare not included with price

This 9 day trip is as packed of a trip as you could get. The trip starts in San Diego with a baseball game, followed by Sea World and Belmont Park to ride one of the oldest wooden coasters in the country (The Giant Dipper). We head up to Universal Studios and then some fun time at Disneyland.

It is time to chill for a little at the beach followed by an evening at Santa Monica Pier. Then it’s off to Six Flags Magic Mountain for two awesome days at the park with the most coasters in the country. Increasing to its count, Wonder Woman Flight of courage, the tallest and longest single rail coaster in the world.

If that’s not enough we will be going to Knotts Berry Farm for some more great coasters.

Another great site by  RytechSites.com